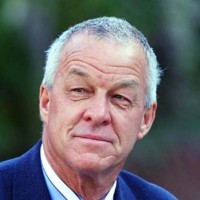 Neal Blewett has had a varied career as academic, politician and diplomat.  Following studies at the universities of Tasmania and Oxford, he taught political science at the universities of Adelaide and Flinders.  An opponent of Australian participation in the Vietnam War and an active civil libertarian, he entered Federal Parliament as  Labor member for the South Australian seat of Bonython in 1977.  As Health minister in the Hawke government he was responsible for the introduction of Medicare, for Australia’s AIDS program and with the States introduced the first national campaign against drug abuse. He later served as minister for Trade and Overseas Development and minister for Social Security.  From 1994-98 he was Australian High Commissioner in London, and during that time served on the Executive Board of the WHO, and in 1988 was a member of the transition team for Gro Harlem Bruntland, Director-General elect of the WHO.  In 1997 he was made a Companion of the Order of Australia.  He was president of ADCA from 2002 to 2006.

Just as each generation of young people have to confront the challenge of drugs, in a society awash with drugs, so workers in the drug field have constantly to face new challenges – new drugs, new treatments, new approaches.  Yet for a generation the underlying calculus has remained the same – a rational calculation of how best to reduce the harm to individuals from drugs.  And this above all requires a perspective that treats drugs primarily as a health problem, and only secondarily as a problem of law and order.