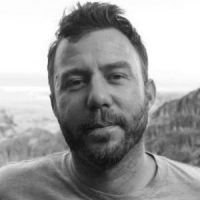 Matt Noffs is the co-founder of the Street Universities and CEO of the Noffs Foundation, Australia’s largest drug and alcohol treatment service provider for young people under 25.

The Noffs Foundation works with young people for up to 5 years after leaving treatment. Young people’s drug use dropped by over 50% – that’s for all drugs – after finishing residential treatment, while criminal activity also dropped by a half. Where 1 in 2 young people were experiencing suicidal ideation on entering the program, only 1 in 10 still felt suicidal on leaving. The Street Universities focus on issues related to drugs, mental health, employment, education and crime, and over 10,000 young people frequent one of their 7 locations across Australia each year. In 2011, the Federal Government wrote to the Noffs Foundation stating that the Liverpool Street University had significantly contributed to crime reduction in the Liverpool/Fairfield areas.

Matt is the author of the bestselling ‘Breaking The Ice’. His latest book ‘Addicted?’, which he co-authored with Kieran Palmer is published by HarperCollins and is in store now.

Matt, both in his role at Noffs Foundation and HRA was recently one of the driving forces behind Australia’s first pill-testing trial.

Matt can be found at:

You can buy Matt’s books here: