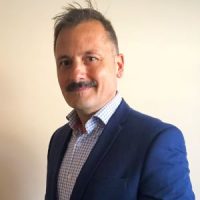 Mat Henderson is the Principal of Henderson Howe Lawyers and a sessional lecturer at the Thomas More Law School at ACU in North Sydney.

He is a long-time advocate for better patient access to medicinal cannabis and drug law reform generally. Mat has a particular interest in military veterans and frontline workers with PTSD who are caught up in the criminal justice system due to their use of medicinal cannabis and appears in such matters pro bono. He has research interests in cannabinoid science and the law, namely the need for an amnesty for cannabis possession/cultivation for genuine self-medication purposes, drug driving law reform and the expungement of minor cannabis and other drug convictions. Mat also assists plaintiffs in various civil claims connected with polypharmacy and unsafe prescribing.

Mat is a convenor of the Australian Drug Lawyers Network and the legal lead for the Drive Change campaign.

As an investment, the war on drugs has failed to deliver any returns. If it were a business, it would have been shut down a long time ago. This is not what success looks like.

Despite all the resources spent by governments, the global drugs trade is now entirely controlled by violent criminal organisations.

Decriminalisation had the desired effect of reducing drug-related arrests, while releasing resources and removing a barrier for problematic users to seek help.

This is an issue we’re not going to police our way out of.

Drug control measures cannot take precedence over health, safety, human welfare and well-being any longer. Our countries have suffered enough. The human costs are too high.

Capital punishment for drug-related offences should be suspended all over the world, and there are both opportunities and pressures for countries retaining capital punishment to change course.

It is long past time for political leaders to be held accountable for their cowardly inactions on drug policy reform that result in racist effects and human rights violations.

For too long ideology and ‘tough on crime’ posturing have dominated global and national drug policy debates. It is time to be humble about the mistakes of the past and to embrace a rational and responsible policy on drugs.

It is now well-established that the war on drugs has caused more suffering than the drug problem it was supposed to be tackling. The good news is the tide finally appears to be turning. Countries around the world are experimenting with new approaches, from decriminalisation to regulated markets. It’s an incredibly exciting time.

The time has come for the international community to acknowledge the evidence, call for and deliver evidence-based harm reduction strategies of global scale to reduce HIV and hepatitis C infections, and so protect the health of people who use drugs.