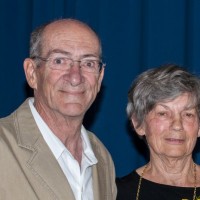 Marion McConnell and her late husband Brian are the founding members of Families and Friends for Drug Law Reform which commenced in 1995.

Marion is very pleased that this new initiative will bring together like minded individuals and organisations who will pool their expertise and understanding to bring more just, evidence based and health focussed policies to benefit drug users, families and the community.  More can be achieved by pooling endeavours rather than struggling independently; the sum of the parts will be greater than individual efforts.  Congratulations to those who have made the effort to establish Harm Reduction Australia (HRA).

Marion and Brian McConnell became involved with illegal drug issues following the death of their son to a heroin overdose in 1992.  FFDLR is committed to raising awareness of drug issues, promoting evidence based drug policies and encouraging community leaders to search for better drug policies.  It firmly believes that drug prohibition is a failed policy and alternatives that cause less harm need to be identified and implemented.

In 2001 Marion and Brian were awarded the Centenary Medal for raising awareness of drug related issues through Families and Friends for Drug Law Reform and in 2016 Brian was awarded an Order of Australia medal.

The organisation has built up an expertise on drug issues over the past 20 years.  Members have attended and presented at conferences, undertaken research, made submissions to Parliamentary inquiries. Additionally, they keep in contact with current issues, lobby politicians, continue to speak to groups and families, organise forums, speak to media and keep contact with experts in the different facets of drug issues. Families and Friends for Drug Law Reform meets monthly and importantly organises an annual remembrance ceremony in Spring “for those who lose their lives to illicit drugs”.

Families and Friends for Drug Law Reform members are represented on a variety of organisations and Marion is an active member of St Ninian’s Uniting Church and involved with that church’s Social Justice Group.

Marion and Brian produced a book to commemorate 20 years of FFDLR. It is titled “The Drug Law Wars – 20 years of families fighting at the front” and was launched in November 2015 by Senator Katy Gallagher.