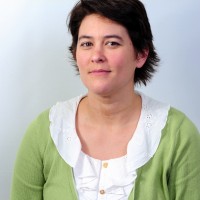 Harm Reduction Australia will be key to achieving and maintaining best practice in harm reduction in our country.  We need to work collaboratively to educate and reform and I’m proud to be involved.

Dr Marianne Jauncey was appointed to the position of Medical Director at the Uniting Medically Supervised Injecting Centre in August 2008. Dr Jauncey is a Public Health Physician and has worked in the drug and alcohol field for nearly two decades.   Dr Jauncey has previously worked as a drug and alcohol doctor in Kings Cross, having spent four years at the Kirketon Road Centre where the primary focus is injecting drug users, sex workers and youth at risk. She has also worked at a number of Area Health Services around NSW, at the NSW Dept of Health, and at the National Centre in HIV Epidemiology and Clinical Research.  Her particular research interests include increasing access to hepatitis C treatment for injecting drug users, drug overdose, and the physiological changes that occur after drug injection.  She is very committed to the Uniting MSIC and the work that it does.