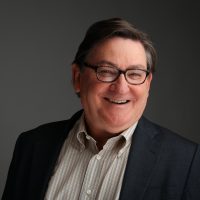 Professor Basil Donovan is the Head of the Sexual Health Program at the Kirby Institute, UNSW Australia, in Sydney. He also practises at the Sydney Sexual Health Centre, working with vulnerable populations since 1979. His research and policy interests include clinical, laboratory, and public health aspects of HIV and STIs; and priority populations such as gay men, youth, sex workers, Aboriginal people, prisoners and travellers. He is on the Board of Directors (President 2013-2015) of the International Society for STD Research.