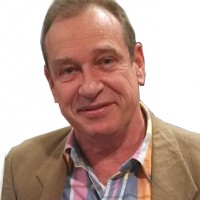 Greg Chipp is a director of Drug Policy Australia, a newly-established public health NGO primarily concerned with drug policy advocacy and with promoting new legislative approaches to minimise the harms associated with the use of psychoactive substances.

Greg has been actively involved in politics and public policy development for several decades, beginning with his involvement in the Australian Democrats, a political party he helped establish in the 1970’s.

In 2013, fed up with the lack of political will to address the obvious short falls of current drug policy, Greg ran as a candidate for the Australian Senate on a Drug Law Reform platform, to raise awareness of the ongoing harm being done to our children, families and democratic institutions by unrealistic drug laws that criminalise and persecute millions of ordinary Australians.

Greg believes that legally enforced abstinence is unrealistic and counter-productive in modern Australia which has one of the highest per capita consumption rates of illicit drugs in the western world.

The current prohibitionist approach of criminalising drug consumers does more harm than good, and a new regulatory system for Australia based on the ‘Portugal Model’ of decriminalising the possession of all drugs is the only long term solution to problematic drug use.

Greg has an Arts degree from Monash University with a double major in law and philosophy.