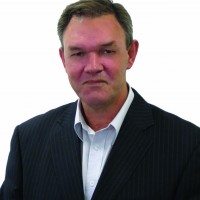 Scott Wilson is the Director of the Aboriginal Drug and Alcohol Council (SA) Inc (ADAC). ADAC is the only Indigenous organisation of its kind in Australia, and is based in Adelaide.

Scott’s experience in the areas of substance use, misuse and abuse has seen him on nearly every major governmental and non-government committee in Australia over the past 20 years. For example he was a Prime Ministerial appointment for 9 years on the Australian National Council on Drugs that had a variety of roles including a member of the Executive for 7 years.

He was appointed by the Prime Minister, onto the Alcohol Education Rehabilitation Foundation Board in 2001 until 2012. Has been an Executive member of the Alcohol and Drug Council of Australia and has been a co-Deputy Chair of the National Indigenous Drug and Alcohol Committee since it was first formed in early 2004.

Mr. Wilson has presented a number of papers on behalf of ADAC at both national and international conferences on Indigenous drug and alcohol. Scott was an Australasian delegate to the 4th International NGO Forum Beyond 2008 Summit in Vienna that was a review of the 1998 United Nations General Assembly Special Session (UNGASS) on Illicit Drugs.

In 1997, he was awarded the Alcohol and other Drugs Council of Australia (ADCA) Australia Day Achievement Medallion and in 2003, the Australian Centenary Medal for Services to Indigenous people and the wider Community.

Scott was the 2012 recipient of the Sister Alison Bush Medal (Indigenous achievement) Awarded to an Indigenous student who, in the previous year graduated or completed the requirements for a University degree, and who has achieved a high standard of academic proficiency, contributed to the diverse life of the University, and may also have contributed to the broader community.