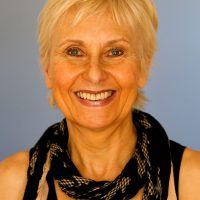 I began writing about drug issues in the late 90s when the Sydney Morning Herald commissioned a number of features that brought me into contact with researchers working in the area of drugs and alcohol, parents trying to cope with their teenagers’ experimentation with drugs and with Tony Trimingham who went on to establish Family Drug Support.

One of these features – on drug and alcohol education for parents – generated such a positive response that I went on to write Kids and Drugs, a parents’ guide to teenagers and drug issues. Since then I’ve written about drugs and alcohol both for mainstream media and for Of Substance, the national magazine on alcohol, tobacco and other drugs.

Along the way I’ve learned a few things:

Paula Goodyer is a parent, grandparent and Walkley Award-winning journalist specialising in health, fitness and nutrition.