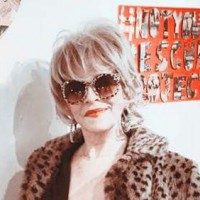 Julie is the Principal of Urban Realists, a town planning, health and safety consultancy providing advice and support to non-government organisations representing sex workers and people who use drugs illicitly. She provides specialist advice to the NSW sex industry and other stakeholders on various aspects of legislation and local government regulation, health promotion and harm reduction and research needs. Over the years she has also participated in a number of social research and evaluation projects including investigating community development needs for sex workers, evaluation of health promotion resource materials for organisation representing sex workers and people who use drugs illicitly and harms associated with poor legislative and regulatory responses to the sex industry.

Julie is a current Board member of the NUAA and played a leading role in consolidation of Australia’s early response to HIV/AIDS. She has had more than 30 year’s experience in the field, including government inquiries and committees, policy development and implementation, research and evaluation and community development in both the government and the non-government sector and for international aid agencies specifically, as consultant to the World Health Organisation on sex work and HIV/AIDS.

From 1990 to 1995 as a founding partner in BB Professional Services, Julie contributed to various HIV related research and training consultancies including testing of social marketing materials. After living and working overseas for some years Julie returned to Australia in 1999 and in 2000 she was appointed to the position of sex industry liaison officer for the former South Sydney Council, the first project of its kind in local government in Australia. This position was to assist current and impending sex industry operators and the local community in understanding the benefits of the new regulatory framework for the NSW sex industry following decriminalisation in 1995.

Of significance, Julie has been a long term activist for the human and legal rights of sex workers and people who use drugs illicitly and as a consequence, has first hand experience of the detrimental impacts of social isolation and legislative harms on these two most reviled and marginalised communities.