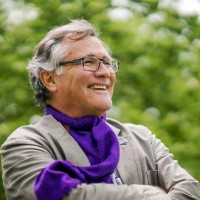 Good public policy requires good values and respect for the evidence. Today this principle is under challenge from fundamentalism and populism and needs strong advocacy in the community generally and within the corridors of power.

In the field of drug policy, harm reduction has been shown to be effective and enabling for all concerned – the drug users themselves, health workers and the wider community.

I’m pleased to have this opportunity to become an Advocate for Harm Reduction Australia.

Dr Geoff Gallop AC studied as a Rhodes Scholar at Oxford University, where he gained a Doctorate in 1983. He has also been awarded honorary doctorates from Murdoch (2006) and the University of Western Australia (2012).

From 2006 to 2015 he was Director of the Graduate School of Government and is now an Emeritus Professor of the University of Sydney.

Geoff has served on a range of Commonwealth Government bodies, most notably the Hospitals and Health Reform Commission, the COAG Reform Council and the Australia Awards Board (Chair). He also chaired the Australian Republican Movement (2012 – 2015) and is an active supporter of deliberative democracy as a means for tackling complex issues.

In 2019 Geoff was appointed to the Global Commission on Illicit Drugs Policy – becoming the first Australian to become a commissioner on this influential international body advocating for drug law reform.