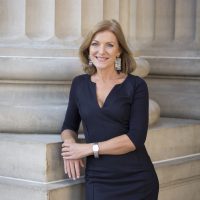 Fiona is Leader of the Reason Party, described as a future-focused, evidence-based movement committed to delivering equality, sustainability and freedom through new methods of political engagement and pragmatic consultation.

As an active MP Fiona has been successful in raising the following issues, which have resulted in either a parliamentary enquiry or legislative action:

Fiona is currently the only Independent Member to Chair a Parliamentary Committee. As Chair of the Legal and Social Issues Committee Fiona is currently overseeing the Victorian Inquiry into Homelessness and is preparing to lead the Victorian Cannabis Use Inquiry. The Reason Party has also been instrumental in the push to remove the Lord’s Prayer from Parliament, has put forward a private members Bill to abolish the law of Blasphemy and is preparing to launch a major piece of legislation that will remove tax exemptions for religious organisations. Following lobbying from Fiona, a second Safe Injecting Room will open in Melbourne – a project Fiona helped establish that saves scores of lives every year.