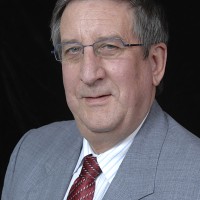 Harm reduction has been proven to be the most effective strategy for addressing the problems of drugs in our society. The scientific evidence and the personal testimonies to its success simply cannot be denied.Old fashioned strategies such as the now universally discredited “war on drugs” have proved to be nothing more than a war on drug-users and the origins of the wars for drugs, with all the misery and criminality associated with both. Harm reduction works – affected individuals and communities are given a chance to beat the menace of drug misuse. Only those who support harm reduction can truly be said to be making a difference that matters.

Chris Puplick is a former Senator in the Australian Parliament and has a long involvement in health-related public policy advocacy. He was Chair of the Australian National Council on AIDS, Hepatitis C and Related Diseases; the AIDS Trust of Australia and the Central Sydney Area Health Service. He served as the President of the NSW Anti-Discrimination Board and Privacy Commissioner. He is currently the Chair of the Justice Health and Forensic Mental Health Network.