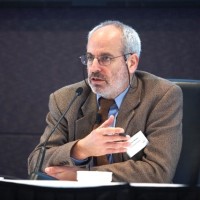 Australia, once an international leader in harm reduction, has never had a national organisation advocating for harm reduction. Harm Reduction Australia (HRA) has now been established to fill that important gap and has my full support.

Dr Alex Wodak is a physician who was Director of the Alcohol and Drug Service, St. Vincent’s Hospital, Sydney (1982-2012) but has now retired. Major interests include prevention of HIV among people who inject drugs, prevention of alcohol problems and drug policy reform. Dr. Wodak is President of the Australian Drug Law Reform Foundation and was President of the International Harm Reduction Association (1996-2004). He helped establish the first needle syringe programme and the first supervised injecting centre in Australia when  both were pre-legal and often works in developing countries on HIV control among among people who inject drugs. Dr Wodak helped establish the National Drug and Alcohol Research Centre, the Australian Society of HIV Medicine and the NSW Users AIDS Association.

All Our Exes Live in Texas
Alex Greenwich MP