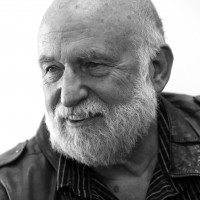 He has been a counsellor and group leader for 30 years and these skills have helped him assist many families who suffer the impact on their lives of family members who use alcohol and other drugs.

FDS runs a 24-hour National Support Line manned by volunteers who have been directly affected as well as holding support meetings in many parts of Sydney. They have produced a parent Education Kit for families who have problems as a result of drug use.

In 1998 he was made a founding member of the Australian National Council on Drugs. The Australian Prime Minister – Mr John Howard, made the appointment.

On Australia Day 1999 he was awarded an Australian Day Medallion by the Alcohol and Other Drugs Council of Australia for outstanding achievement in the reduction of alcohol and drug related-harm. The awards panel unanimously agreed that his personal commitment and hard work to support families of people with drug problems and to raise the profile of drug issues from a family perspective merited some measure of public acknowledgment of his exceptional achievements.

He and his organisation have received many awards and accolades over the years.

In April 2004 Tony was awarded ‘The National Rolleston Award’ by the International Harm Reduction Association in recognition for his outstanding work in supporting families.

In 2005 Tony was honoured with an Order of Australia award for his work in the community.

In June 2008 Tony was a joint winner of the 2008 Prime Ministers award for Excellence and Outstanding Commitment to Drug and Alcohol Endeavours.

In 2009 he was a finalist in the NSW Senior Australian of the year award and also a 2010 Australia Day Ambassador.