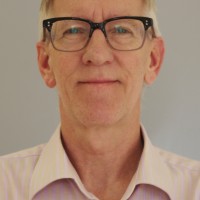 Larry holds a Bachelors of Arts degree in sociology from Griffith University, Qld and has had extensive involvement in the drug and alcohol field. In 1985 he worked in the Queensland methadone program during its expansion under the first national campaign against drug abuse. He then moved into the non-government sector and worked as a counsellor at Logan House in 1987, a Residential Rehabilitation centre in southeast Queensland.

Larry later moved into the HIV/AIDS area in public health undertaking AIDS prevention project work for Queensland Health. In 1992 he shifted into the central policy area for the management of Queensland’s HIV/AIDS program as Principal Program Advisor. In the mid-nineties Larry moved to the Commonwealth’s AIDS and Communicable Diseases branch of the Department of Human Services and Health where he worked on the development of the first national Hepatitis C Education and Prevention Strategy.

For the last eighteen years Larry has been directly involved in the drug and alcohol field in NSW. He was the Director of the Manly Drug Education and Counselling Centre and for the last fourteen years Larry has been the Chief Executive Officer of the Network of Alcohol & Other Drug Agencies (NADA) the peak organisation for AOD NGO’s in NSW. For more information about NADA visit the website www.nada.org.au

Larry, through NADA is currently centrally involved in the reform of the NGO drug and alcohol sector in NSW through strategic involvement with the Mental Health and Drug and Alcohol Office and the NGO Unit of the NSW Ministry of Health’s Integrated Care Branch.