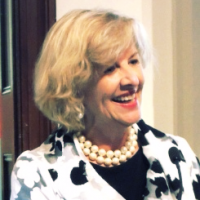 I challenge anyone who doubts the appropriateness of the harm reduction approach to spend a day with people who inject drugs on the streets of Sydney’s Kings Cross. They should then explain how removing services that have been shown to effectively reduce the immediate harms faced while comprehensively addressing the usually complex underlying reasons that people are living in this situation, would improve things.

The harm reduction approach is an evidence based and pragmatic way to improve the health and wellbeing of communities affected by drug use. But perhaps more importantly, harm reduction is a humane and compassionate approach that recognises the importance of extending dignity and respect to people regardless of their social circumstances.

Dr Ingrid van Beek AM is a public health and addiction medicine physician who worked at the sharp end of harm reduction for more than 30 years.

Ingrid was the longstanding Director of the Kirketon Road Centre (KRC) until early 2017. Located in Sydney’s Kings Cross, KRC is among the world’s most integrated targeted primary health care services for ‘at risk’ young people, sex workers and people who inject drugs.

Ingrid was awarded a Doctor in Medicine (MD) in 2010 in recognition of her body of published scholarly work in the international field of Harm Reduction. She is a Conjoint Professor at UNSW Sydney’s Kirby Institute and chairs the National Centre for Clinical Research on Emerging Drugs (NCCRED).

Ingrid’s contribution to improving the health of socially marginalised populations was recognised in 2010 when she was awarded Membership of the Order of Australia.