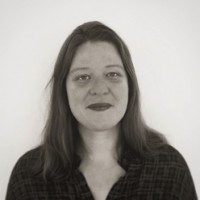 Harm reduction works because it is driven by affected communities and science. It is compassionate, pragmatic and non-judgmental as it accepts people for who they are, where they are at and listens to what people need. Harm reduction is effective and cost-effective health, social and economic policy.

Carrie Fowlie is a systems advocate who promotes evidence-based policy, public health, social justice and Reconciliation. She is the current and founding Executive Officer of Canberra’s drug sector peak body, the Alcohol Tobacco and Other Drug Association ACT (ATODA). She has held several Ministerial appointments, including a Prime Ministerial appointment to the Australian National Council on Drugs (ANCD). She is a board member of the Alcohol and other Drug Council of Australia and the Social Determinants of Health Alliance. She is the chair of the Implementing Expanded Naloxone Availability in the ACT Committee. Her work has resulted in her being awarded the ACT Outstanding Contributions to Young People Award.

Carrie is an advocate for drug user and affected community driven initiatives. She actively supports collaborations between people who use drugs and their friends and families, researchers, policy-makers, practitioners and peak bodies.