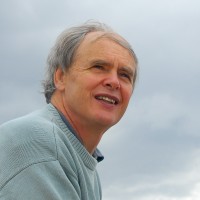 Bill Bush has been distressed that in contrast to the harms associated with particular drugs, those attributable to drug policy have been largely overlooked. The evidence is there that drug policy itself not only stimulates the drug trade, but is implicated in Australia’s most intractable and serious social problems. Bill looks forward to the prospect of Harm Reduction Australia successfully promoting better drug policies that, in addition to alleviating the plight of drug users and their families, will make so many other things better and save the taxpayers megabucks.

Bill grew up on a farm on the fringes of Melbourne. He began his education at Lower Plenty State School, which was then a little single room country school. He studied law at Monash University and subsequently international law at Cambridge University. After Monash, he worked as a solicitor in Melbourne before spending 2 1/2 years as an Australian volunteer abroad in Malaysia. He returned home and joined the legal area of the Department of Foreign Affairs where for nine years he headed the treaties section, followed by the Antarctic section. For some years while in Foreign Affairs he regularly volunteered overnight at Arcadia Detox Centre when it was located at Russell. He has written extensively on Antarctic international law and policy and, since joining Families and Friends for Drug Law Reform soon after its establishment in 1995, he has prepared innumerable submissions on drug policy for that organisation. He is a regular volunteer on the Family Drug Support telephone line.