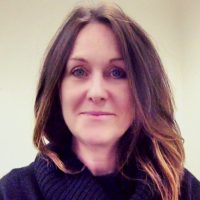 Annie Madden is the Executive Director of Harm Reduction Australia, which is a part time role she holds alongside a part time role as a Project Lead with the International Network of People Who Use Drugs (INPUD). Annie has provided technical expertise to UNODC, WHO, UNAIDS and has been a member of Australian Government delegations to the UN General Assembly.

Until April 2016, Annie was CEO of the Australian Injecting & Illicit Drug Users League (AIVL) CEO of the NSW Users & AIDS Association (NUAA) from 1994 to 2000. She recently completed a PhD at the University of New South Wales in Sydney into ‘Drug User Representation in High Level Policy Contexts’. In 2019, Annie was made an Officer of the Order of Australia for her decades of work promoting the health and human rights of people who use drugs globally.