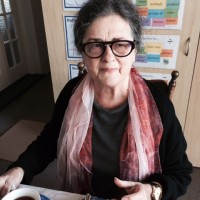 I am delighted to act with your organisation to promote harm reduction as the guiding principle of the development of policy, programs and funding by government.

My advocacy for reform of drug laws has been based on noting:

1. the war on drugs has failed;

3. prohibition is the problem.

Member of the NSW Legislative Council 1982-1998. Deputy Chair of the Social Issues Committee during “Drug Abuse Amongst Youth Inquiry”. 1990 Co-founder with Michael Moore of the Parliamentary Group for Drug Law Reform. 1993 Chair of the Joint Select Committee of Inquiries into “The Trial or Establishment of a Safe Injecting Room”. 1997 Chair of Family Drug Support. 1999-2004 Presently Vice President of the Australian Drug Law Reform Foundation.